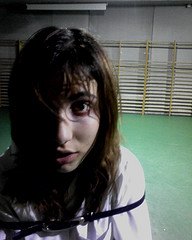 Inhaled oxytocin looks very promising for relieving some of the symptoms of schizophrenia: the inability to perceive emotion in others, to respond appropriately to social cues, mistrust of others and the tendency to come to the wrong conclusions about other people's actions.

Speaking at a National Institute of Mental Health symposium, Deanna Kelly, Pharm.D., of the University of Maryland, presented the results of several studies that showed improvement in patients with schizophrenia.

According to the report in Clinical Psychiatry News,

"Emerging clinical data demonstrate that oxytocin administrated via the intranasal route, which is believed to provide a favorable pathway for the peptide into the central nervous system, provides benefit with respect to emotion recognition, positive and negative core symptoms, social cognitive measures, and neurocognition." 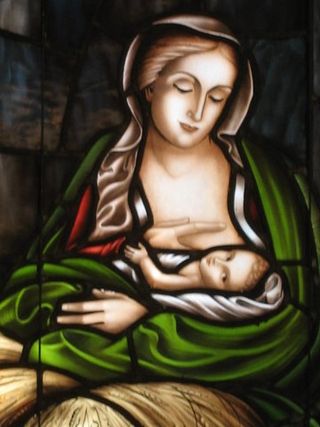 Is the sexualization of the breast responsible for low levels of breastfeeding? A report in Pediatrics said that breastfeeding babies for the first six months of their lives could eliminate 1,000 infant deaths a year and save billions in healthcare costs. But fewer than one-third of babies are fed exclusively on breast milk by three months of age.

Meanwhile, another kind of breast is in the news. Actress Kate Hudson flaunted augmented breasts, while images of reality TV star Heidi Montag were everywhere, thanks to her new F-cups, which look like they're 25 percent of her total body weight.

Call it the battle between breasts and boobs. Are breasts milk dispensers or sexual accoutrements?

In the Playboy era, people used to sniff that men's fixation on breasts was an urge for their mommies. Then, modern conveniences freed many women from the drudgery of housework, and let them become more ornamental. Mommies were freed from having to use their breasts to mother, thanks to formula, just like having a dishwasher let them keep their manicures. It's not surprising that women's fashion become more artificial in this era. Hair was teased and sprayed into a bouffant and long fingernails became de rigueur. No wonder breast augmentation was invented in this era.

Thanks to technology, breasts kept getting bigger and bigger, as the rest of a woman's body shrank. Look at the movie stars of the early 1960s; none of them would be able to get a job as a waitress in Hollywood these days. Today, Marilyn Monroe would be considered a fat cow. Not only was her waist huge, but her breasts were floppy.

Lane Bryant, maker of plus-size fashion, charged that Fox and ABC refused to run TV spots featuring a woman with ample, pillowy breasts. Real flesh is more shocking than the hard, compact balls of silicon we see on most models. http://www.familygoesstrong.com/real-curves-dont-make-it-tv

And an infant actually drawing milk out of a breast seems like a perversion. It's dirty and disgusting, like poo on a white carpet.

Certainly, working outside the home is one of the biggest barriers to breastfeeding for a new mother. But so are the discomfort with breastfeeding in public places and a woman's fears about losing her primary sexual asset.

It's difficult for today's woman to have it both ways. We can work toward the standard of artificial beauty or give up and spread out. Pregnancy and child birth are where many women hit this split in the road. Becoming a mother should be a natural transition point, as it has been for eons. But the expectation that she'll maintain her virginal charms makes her want to get that baby off the breast so she can get back to the gym.

Let's put the breast back in its place: out in public, serving as a baby's first experience of sensuality and pleasure.

A Contrarian View of Oxytocin 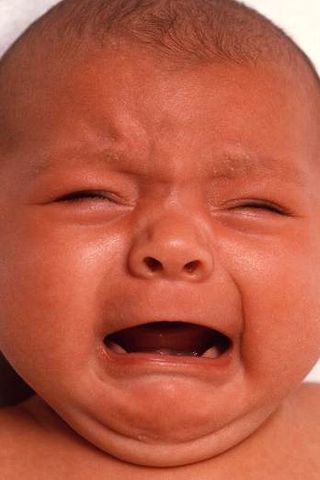 Science blogger and journalist Ed Yong has gotten a lot of attention the past couple of days for complaining that oxytocin isn't a love drug, after all.

Yong points out that studies have shown that oxytocin is also linked to envy and gloating, and it also can increase aggression against individuals outside one's group.

I think in his attempt to be contrarian, he's deliberately understating the many positive effects shown in many studies. For example, he mentiones Jennifer Bartz, who has found that oxytocin's effect is influenced by one's mindset. He doesn't mention that she's also found that oxytocin improved the ability of people with autism spectrum disorder to pick up on the emotional content of speech -- effects that lasted more than a week.

In many ways, oxytocin epitomises what happens when enthusiasm, salesmanship, and optimism runs ahead of evidence and careful experimentation. The true moral of the moral molecule may be that ideas that are too cleanly packaged are probably just fragments.

Oxytocin hype is building, and people are turning to the internet to buy oxytocin products because we are a society in desperate need of better connection. But I wonder why people are so excited (relieved?) to hear that better bonding isn't possible.

We're hearing a lot about the Higgs boson particle, aka the god molecule. In a new article in Sun Goddess magazine, I propose that oxytocin is the goddess molecule.

Of course, oxytocin is just as important to men. But we women, likely because of the enhancing effects of estrogen on oxytocin, seem to be more important contributors to an oxytocin-enriched society.

Please check out the article: