Will the wonders of oxytocin never cease? I missed this February report from a bowling team's worth of scientists, led by Roberto Tamma of the University of Bari. In Oxytocin is an anabolic bone hormone, they say that oxytocin builds bones, while blocking oxytocin causes osteoporosis in mice. It's complicated, read the abstract if you want more.

It's interesting that they write that oxytocin was "hitherto thought solely to modulate lactation and social bonding." Because, up until a couple of years ago, the story was, "oxytocin, formerly thought to solely modulate lactation."

The research was mentioned by the fantastic NY Times science writer Natalie Angier. Bones are highly responsive to oxytocin and serotonin, the latter specifically from the gut, she says poetically. "... bone quickens to the touch of serotonin and oxytocin, signaling molecules more often associated with happy moods, friendship and cuddling together in a straw nest than with the integrity of the backbone."

When couples sniffed oxytocin and then engaged in a mock argument, those who'd inhaled the good stuff showed more positive communication and engaged in less negative behaviors. They also had lower levels of cortisol, indicating they didn't get as stressed out by the fight. The study was led by Beate Ditzen under the aegis of Markus Heinrichs, the University of Zurich scientist who did the original human oxytocin studies.

I reported on an earlier study by Bitzen that showed the same results: Oxytocin Keeps the Lid on Spats. Also, Adam Guastella in Australia, is studying the use of oxytocin inhalants as an aid to couples therapy.

Breastfeeding pays off for moms post-menopause

Mothers who breastfeed for at least a year at least once in their lives may get as many health benefits as their babies do. Some of these benefits show up much later, after a woman has gone through menopause, according to a new study reported by the New York Times.

The study by Eleanor Bimla Schwarz, assistant professor of medicine at the University of Pittsburgh, found that women who nursed had lower risk of cardiovascular disease and diabetes post-menopause.

According to the article, Nieca Goldberg, director of the NYU Women's Heart Center, speculated that oxytocin could be the reason for this protective effect:

If there is such a mechanism, Dr. Goldberg suggested, it could lie in oxytocin, a hormone crucial to milk production. Oxytocin is known to relax blood vessels, she said, and may make them more flexible and more resistant to the buildup of plaque.

I Meet the Love Doctor 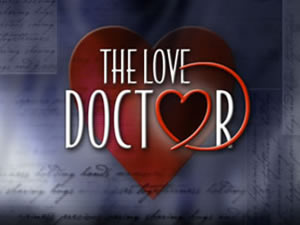 I had a wonderful conversation with Dr. Terri Orbuch, aka The Love Doctor, for Voice America Radio. It airs Monday morning, April 20,  at 8 AM Pacific; you can also listen to it any time online or via MP3.

Terri was a terrific host. I could tell she read my book, The Chemistry of Connection, thoroughly. She had great questions, and, because she has a PhD and tons of knowledge about psychology and sociology, she helped me put the oxytocin response into a greater perspective.

It's fun for me to get to talk about my book, not only because I hope people will buy it. I think that oxytocin is the missing link in our society's understanding about love and relationship -- or rather, our continued misunderstanding.